TechLab uses a localized extraction method, which seals over troublesome areas of the board and injects high temperature steam, and then collects the affluent for analysis. This method is the most sensitive extraction process available, allowing identification of ionic contamination that other methods commonly miss.

Techspray… in good company within ITW

Techspray is a part of Illinois Tool Works (ITW) with sister companies like a world-class soldering and flux supplier, and leading manufacturers of PCB assembly equipment. Synergies with ITW companies allow Techspray to effectively identify and solve cleaning and coating process issues.

Techspray also has access to the ITW Tech Center, a centralized group of engineers and scientists armed with the latest testing and analytical technologies, with locations in both Chicago, Illinois USA and Shanghai, China.

Let’s work together to optimize your cleaning process. 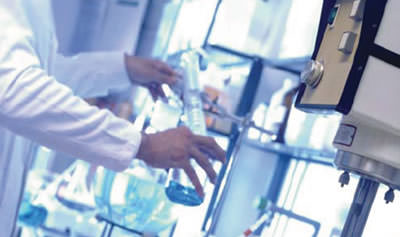 Techspray has access to ultra-sensitive analytical equipment to not only detect contamination, but to speciate the residues to determine whether or not they may lead to current leakage, electrochemical migration, and even board failure. Testing & analytical capabilities include:

Contact Techspray for your FREE TechLab analysis at 800-858-4043 or tsales@techspray.com.

You did not finish submitting your information to request a sample