Plastics and elastomers are great electrical insulators. By default, they just don’t conduct electricity in their unaltered bulk material state. The vast majority of the ESD-safe (or static-dissipative) products such as coatings, clothing and specialized ESD handling products are polymer-based.

But by nature, a product cannot be both an insulator and ESD-safe at the same time for reasons that will become clear. So what is it that makes some polymers insulators, while others are classed as ESD-safe, or even electrically conductive?

In this article we'll be examining what makes an ESD product safe, and of equal importance from an industrial perspective, we’ll look at the standards for defining and qualifying an ESD-safe product.

Just to remind you, ESD, or electrostatic discharge, is the electrical discharge between a statically charged object, and another object of a different potential.

One example you may be familiar with is the case of walking across a carpeted floor in a pair of sneakers and touching a door. If you had experienced triboelectric charging as you walked across the floor, you may have felt a zap on your fingers as you grabbed the metal door handle.

That was the zap of ESD, and while it's annoying when you get shocked by a door handle, the consequences arising from ESD in an industrial setting such as aviation maintenance or electronic assembly work range from being financially expensive (at best) to potentially catastrophic.

Those shocks you feel on the skin when you touch a door handle are of a fairly significant voltage (yet thankfully a small and non-lethal Amperage). If you feel the zap on your skin, it means that the ESD discharge has been at least 2000 to 3000 volts.

Electronics components, such as transistors and integrated circuits however, are significantly less tolerant to voltages, even at low current. A voltage of just 10 volts of static electricity can obliterate transistors on a chip. That’s very small comparatively speaking. And this is why ESD control exists-- to provide permanent protection against even the slightest of discharges.

These discharges bring another risk from the sparks themselves. Not only is the hardware at risk from the electrical arcs caused by ESD damage, but the arcs are a potential source of ignition, which can be catastrophic in an environment with explosive vapors, liquids and even solid particulate matter such as coal dust.

Nobody likes electrostatic discharge events, and so an entire industry with its own governing standards has arisen to control ESD damage.

There are a range of standards governing the management and implementation of ESD-safe materials. But before that, we need to define what exactly is an ESD-safe material in the wider context of surface resistivity.

Conveniently, there is a standard that defines this also, and this is ESD ADV1.0-2017, which is published by the Electrostatic Discharge Association (ESD). [1] The document’s full title is the “ESD Association Advisory For Electrostatic Discharge Terminology - Glossary”, and it defines conductors, insulators and ESD-safe materials in terms of their surface (and volume) resistivity.

The association defines surface resistivity in the glossary thus:

ESD ADV1.0-2017 divides materials into three categories according to their surface resistivity:

In summary, to be classed as an ESD safe material, the surface resistance of that material must fall within the range of 1x 10E5 Ω/square and 1x 10E11 Ω/square according to ESD ADV1.0-2017.

Now that we have defined materials in terms of their surface resistivity value, let’s look at the main set of standards that determines if a product such as a coating is indeed ESD-safe. The most recent set of commercial standards relating to ESD protection in this context is named “ANSI/ESD S20.20-2021: Protection Of Electrical And Electronic Parts, Assemblies And Equipment (Excluding Electrically Initiated Explosive Devices)”

This set of standards is used extensively in the aerospace, automotive, electronics manufacturing and medical industries. It covers electrical or electronic parts, assemblies, and equipment susceptible to damage by discharges greater than or equal to 100 volts human body model (HBM) and 200 volts charged device model (CDM). [2]

It was first released in 1980 and was one of the first standards pertaining to ESD management and control. It is currently under the control of the US Navy. You’ll notice some similarity between the full titles of the commercial and military standards. The similarities don’t just end there.

There is a big overlap in the Venn diagram of ANSI/ESD S20.20 and MIL-STD-1686 which we won’t cover in this article. But if you are interested in the similarities and differences between the commercial and military standards, this document from ESD Association highlights them side by side for comparison.[3]

Suffice to say that there is enough commonality between the two standards that a product certified to the ANSI standard would likely pass the military standard testing in most aspects. That’s not to say that it automatically qualifies - you still have to test it to the specific standards!

The surface (and volume) resistivity of the polymer can be altered by the use of conductive additives during the manufacturing process.

Traditionally in ESD applications, this was achieved by the addition of carbon black to the polymer, which would result in a darker colored coating. Metal powders such as Al, Au, Ag, and Cu and stainless steel can also be added to make polymers more conductive.[4]

So how exactly do these additives alter the electrical properties of polymers? In the case of carbon additives, manufacturers utilize what is known as conductive carbon black, which is manufactured in industrial furnace processes. Carbon black is intrinsically a semiconductor, so from an electrical point of view, addition of such an additive results in the formation of two interpenetrated networks: the conductive additive network, and the resistive polymer network. This principle applies to polymers filled with other conducting fillers too.

The electrical conductivity of filled–polymer compounds such as ESD-safe coatings depends on the structure of the additive particles, the size, and also depends on process parameters such as mixing time.[5] A higher mixing time results in better dissipation of the additive into the polymer, and hence a more even and consistent conducting matrix.

The other ways of achieving the ESD safe property is by using antistatic additives such as Static-dissipating polymers and Surfactant-based ESD agents.  Static-dissipating polymers provides long-term ESD levels by forming a clear coat on the surface such as Techspray Licron. Surfactant-based ESD additives, which have a partially hydrophilic structure that attracts a film of surface water that lowers the resistivity of the part, allowing excess electrons to dissipate. Both of these antistatic materials can be applied directly to the surface of the finished article from an aqueous and/or alcohol solution as a spray or dip.

We know what resistivity is and how it relates to ESD protection, we know that additives alter the electrical properties of polymers due to the formation of conductive networks formed from the dissipated additives in the polymer.

And from a regulatory perspective, we are now clear on the main standards applying to ESD control for both industrial and military applications.

That’s the who, what, where and why as far as manufacturing and defining requirements of ESD-safe materials.

If you’d like to know more about specific ESD-safe, clear coatings for your applications, then head on over to the ESD products page for more information.

[5] A comprehensive picture of the electrical phenomena in carbon black–polymer composites, I. Balberg, Carbon Journal 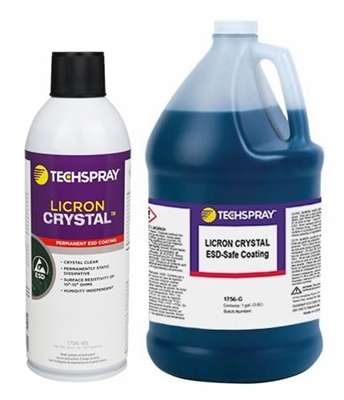 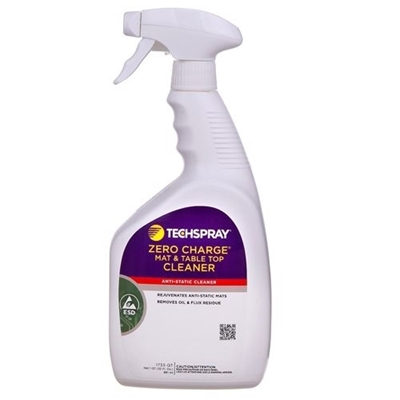 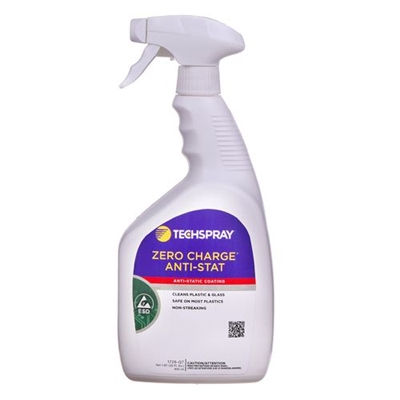 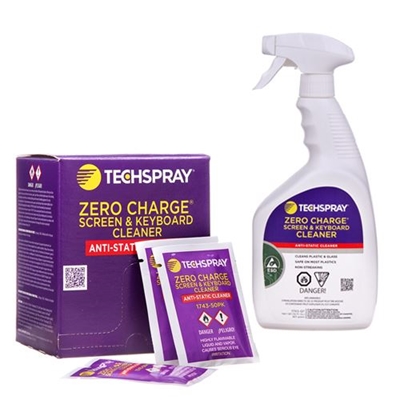 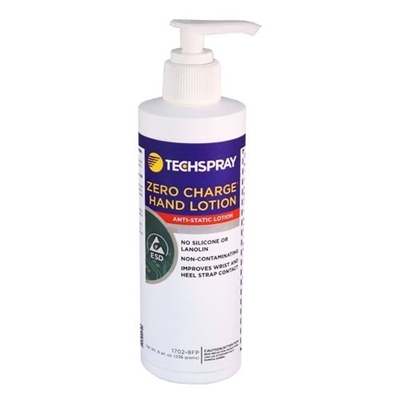 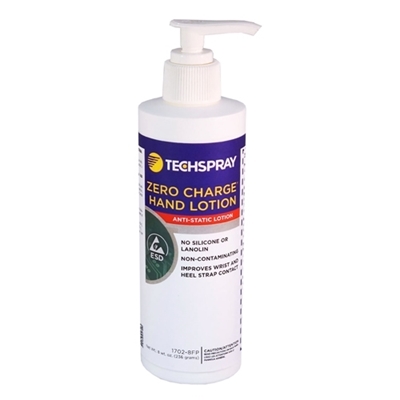 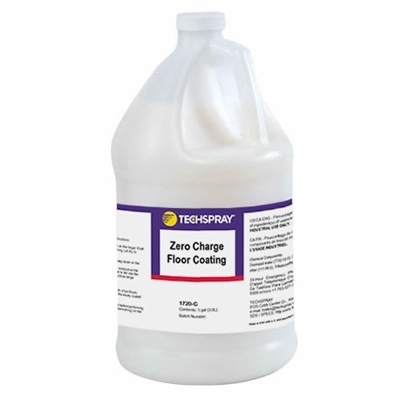